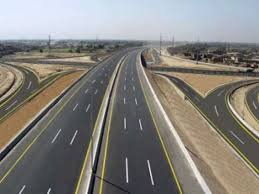 This is latest news on the development of Ring Road, Rawalpindi which is located near to PIA Officers Cooperative Housing Society.

Rawalpindi :The Punjab government has allocated an amount of Rs4 billion for Rawalpindi Development Authority to acquire land for 54 kilometres long Ring Road project in Rawalpindi, said Chairman, RDA/Wasa, Mohammad Arif Abbasi while talking to ‘The News’ here on Wednesday.

Arif Abbasi replying to a question said that the Ring Road project would be executed as the Punjab government is fully determined to resolve traffic chaos in Rawalpindi. “The entire cost of the project would exceed Rs100 billion. Similarly, on the directions of the provincial government work on feasibility study has also been initiated. With the acquisition of land and completion of feasibility study its report would be forwarded to the Punjab government for reviewing and approval process. After receiving nod, RDA would start work on the project and complete it in shortest possible time. Consultant has also been hired for working on the feasibility study,” he said.

Coming on financial situation in Wasa, the chairman expressed satisfaction over it. After taking over charge of Chairmanship of Wasa, he started on recovering dues from the defaulters both residential and commercial. “We have been able to recover more than 70 per cent dues which improved the financial state in Wasa. With the generation of revenue, Wasa has been able to clear liabilities of Iesco estimating Rs200 million which remained outstanding since long. Now priority is being laid to cut the annual deficit of Rs1.5 billion. At the time of taking over the charge, two months salaries of employees were outstanding for payment to them